Their decades of combined experience will be missed
Author: Beth Marshall
Chapter Roundup

The National Hemophilia Foundation’s network of chapters plays an immensely important role in the bleeding disorders community. Chapters provide programs and places where parents of newly diagnosed children can meet with more experienced parents; kids meet other kids with bleeding disorders; and affected families find community and support. All of this is accomplished under the guidance of the executive directors (EDs) who run the chapters. Four veteran EDs are retiring or have recently retired: Ann Rogers, from the Delaware Valley Chapter; Lynn Capretto, from the Northern Ohio Chapter; Sandi Qualley, from Hemophilia Association of the Capital Area (HACA); and Monica Dickey, from the Hemophilia Foundation of Oregon.

Ann Rogers is one of NHF’s ­longest-serving directors, having been involved with the Delaware Valley Chapter for 35 years. She first became involved as a young mother of two boys with hemophilia, when her treatment center asked her to sit on its board of directors. She held that position for approximately four years. Rogers was then asked by the board to serve as the chapter’s executive director. 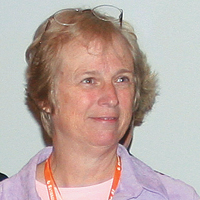 “I always had our mission in mind. I focused on supporting the community, supporting the HTCs, working on board development and working to increase volunteer recruitment,” Rogers says.

As the HIV/AIDS epidemic ravaged the bleeding disorders community in the early 1990s, Rogers experienced firsthand the devastation when she lost her 16-year-old son, Daniel, to HIV/AIDS. “Our community has gone from one that was sick and dying to one that is healthy and thriving. We now focus on the cost of care, the price of medicine, getting closer to a cure. The future is bright and hopeful.”

Sandi Qualley has been involved with HACA for 21 years. Unlike Rogers, she had no previous ties to the community. “My husband was asked to serve on the board of directors, and they were doing an executive director search, and he mentioned it to me as something I might be interested in,” she explains. With a degree in elementary school education, the educational aspects of the job appealed to her. But the opportunity turned into something more. 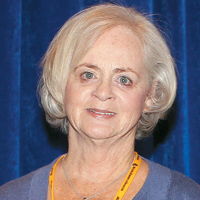 “Some of my most rewarding experiences came from connecting newly diagnosed families with experienced families who could show them that hemophilia was not this overwhelmingly scary thing. They would help them recognize the signs of a bleed, a first hospital visit and help them cope.”

Lynn Capretto, of the Northern Ohio Chapter, also found working with families to be one of the more rewarding aspects of her job. Serving as the executive director of the Northern Ohio Chapter for just under 10 years, she also looks back proudly at its accomplishments. In the years she served as executive director, the chapter more than doubled its budget, brought in new programs such as First Step, created a woman’s task force and had a successful advocacy program. 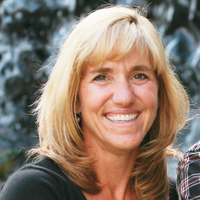 Monica Dickey headed the Hemophilia Foundation of Oregon since 1998, after a stint on the board of directors and involvement with its camp program. She cites the camp program as one of her chapter’s greatest achievements. “When I first started, the camp only had about 25 kids attending. Last year’s camp had 75 members.” She is also proud of the chapter’s programs for young adults, which she feels has empowered the participants. “I know we have created future leaders not only for our local community, but for the national community as well.”

For all of the EDs, leaving their chapter will be bittersweet. “I raised this chapter for longer than I raised my children,” Ann Rogers said. “It’s a part of my family.” Sandi Qualley agrees: “I’m so grateful to the people who let me into their lives,” she said. “Even though I wasn’t affected personally by a bleeding disorder, I think I have hemophilia of the heart.”