For Christine Orr, the trigger for starting prophylaxis wasn’t just one thing. It was everything. Orr’s son, John, diagnosed with severe hemophilia A at circumcision after he bled profusely, had five joint bleeds in his left knee and right elbow before he was 9 months old. After that, he bled when he tried to crawl. Christine had to line the bathtub with protective foam just to give him a bath.

“He couldn’t do anything without living in this padded world,” says Christine, 36, a stay-at-home mom from Menlo Park, California.

To complicate matters, Christine says, John was a “big, squirmy kid,” so medical staff at countless ER visits had trouble accessing his veins. And if multiple pricks and blown veins weren’t bad enough, ­Christine also felt like doctors and nurses were judging her because she couldn’t get John to calm down.

Christine and her husband, James, wanted to regain control of their lives and schedules. They wanted to be able to leave the house as a family, which they hadn’t done much since John’s birth. They wanted their other son, Jimmy, now age 6, to accompany them on a trip to Hawaii or simply visit his grandparents without fear of being too far away from the hemophilia treatment center (HTC). With prophylaxis, which they started when John was 9 months old, now they can do all of those things. John, now 2, hasn’t had a major bleeding episode since he started regular infusions.

Prophylaxis, the regular schedule of infusions that helps prevent bleeds, may not be right for every child diagnosed with a bleeding disorder. Many factors have to be taken into consideration. Using a Port-A-Cath, or “port,” for infusions also depends on the child, the severity of the diagnosis and the family. But after careful consideration and personal experience, Christine knows prophylaxis through a port is what’s best for John and her family.

“Even though two children might have a less than 1% factor activity level, they don’t bleed identically,” says Janna Journeycake, MD, associate professor of pediatrics at the University of Texas Southwestern Medical Center at Dallas. “Some children will have frequent joint bleeds and will really need to be on prophylaxis early, but some can delay it because they only experience soft tissue bleeds.”

Get Help From a Trusted Team

The value of a “comprehensive care” team approach at HTCs may be most apparent when families have to make difficult decisions, including whether and when to start prophylaxis. Anxious parents will hear recommendations from their doctors. Nurses will walk them through what to expect. Social workers will help them deal with insurance and financial concerns, and the psychosocial aspects of having a child with a bleeding disorder. Physical therapists will assess joint health, and recommend exercises and activities to prevent damage.

The discussion starts early, usually right after diagnosis. “We talk about how most children with severe hemophilia will start on prophylaxis at some point, and that we will keep them informed as we go along,” says Regina Butler, RN, director of Region III HTCs and clinical manager of hematology at the Children’s Hospital of Philadelphia.

Valinda Linarez, whose son, Julian, is 2 years old, recalls the conversation she had with Julian’s doctor right after his diagnosis. Because of Julian’s severe hemophilia B and inhibitor, the doctor prepared her for the possibility of prophylaxis.

“When he was diagnosed, doctors at our HTC told us they thought the best thing to do would be put him on prophy with the first joint bleed,” says Valinda, 35, of Rosemead, California. “But we have been lucky. He hasn’t had a joint bleed.”

Valinda and her husband debated putting Julian on prophylaxis when he started walking, but in the end decided to stick with on-demand treatment. Valinda stays at home and is with Julian nearly all the time, so she feels comfortable monitoring him for symptoms herself. “When he starts school, we will start doing prophy,” she says.

Once Julian’s family starts prophy, they will have support. Depending on insurance coverage, nurses may be available to administer infusions at home or educate parents on how to infuse. As for timing and frequency, the Medical and Scientific Advisory Council (MASAC) of the National Hemophilia Foundation gives the following recommendation: “Prophylactic therapy should be instituted early (prior to the onset of frequent bleeding), with the aim of keeping the trough FVIII or FIX level above 1% between doses. This can usually be accomplished by giving 25–50 FVIII units/kg three times per week or every other day (5), or 40–100 FIX units/kg two to three times weekly.”

At Butler’s HTC, the staff recommends prophylaxis after two joint bleeds, which is a fairly standard approach. But every case is different, and other factors play a role. If the bleeds are mild, waiting until the third may be an option. If the bleeds are more serious in nature or location, most doctors will strongly recommend beginning prophylaxis right away. But Journeycake says it typically is not recommended for children under one year of age because of the difficulty of accessing veins. Although there are exceptions, such as after an intracranial bleed.

“There is also some concern—and it’s still theoretical because we haven’t done enough big studies—that with intensive exposure early on in life, there is a chance of an inhibitor developing,” Journeycake says. That concern is one of the reasons HTCs often advise waiting until there is a clear need before starting prophylaxis in young children.

Once the time comes, though, there are reasons besides medical benefits to pursue this preventive treatment. “The independence of treating at home and not having to go to the clinical setting can be very appealing to a family,” Journeycake says.

The standard preference for prophylaxis is peripheral venous access through a vein in the arm. Butler and Journeycake both say the goal is to train parents to infuse their children and then, when the children are old enough, teach them the skills needed to achieve a lifetime of independence through self-infusion. 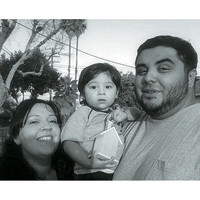 But peripheral access is not always feasible. “Sometimes the emotional toll of the venipuncture is overwhelming to a family, or the child’s behavior is such that it’s just too difficult for them to maintain,” Butler says. Beyond emotional and behavioral concerns, some children have veins that are difficult to find, especially in overweight children, or very young children with baby fat.

There are options for difficult-to-treat cases, though. The most common is a port like the one John has in his chest above his heart. These ports are also known as central venous access devices (CVADs). They are surgically implanted under the skin and accessed by a special “reservoir­” connected to an internal catheter inserted into a blood vessel.

“It’s a completely contained, under-the-skin system,” Journeycake says. “You can bathe. You can swim. You can do daily activities and not worry about whether it’s getting contaminated or wet.” For very young children with more difficult peripheral access who need prophylaxis three or even four times a week, a port may the best option, she says.

But ports can be problematic. According to research performed at Journeycake’s HTC and published in the journal Haemophilia in January 2008, 30% of children with ports develop at least one bloodstream infection because of maintenance and hygiene issues around the port. When prophylaxis works well enough to allow for clotting, there is a risk of blood clot formation, which can lead to deep vein thrombosis, the development of dangerous blood clots deep in the body.

MASAC does recommend CVADs as an option to aid with venous access, but with several caveats. Among other guidelines, surgeons placing the port should always do so in consultation with a hematologist at an HTC. Parents must have adequate time to learn proper care and to know how to recognize the early signs of infection. HTCs must provide clear guidance to patients and their families for ongoing maintenance of a port.

The Orrs did their research, were aware of the risks, and knew that a port was right for John. It helps that Christine maintains a clean house to begin with, because the use of ports requires a sterile field. She uses a massage table covered with sterile material, along with a papoose board that minimizes John’s squirming and keeps him lying flat for treatment. While Christine does the infusion, John’s older brother, Jimmy, distracts him. Every step is designed to keep things routine, calm and germ-free. John knows when it’s time to infuse, and he pats his chest where his port was placed to say he is ready.

Although John hasn’t had an infection yet, the Orrs know that as an extra precaution, they must be especially sensitive to his fevers. “Anytime he has a fever over 101, we do a fire drill and take that expensive trip to the ER,” Christine says. “It’s worth it, because it’s about his safety.”

Ports are designed to last for a few years, but they are still temporary measures. During the fourth year, Journeycake advises families to start working on peripheral infusion. She estimates her HTC has an 85% to 90% success rate at transitioning children to peripheral access by age 5 to 7.

Other venous access alternatives are available, although there are particular drawbacks, depending upon the device. Hickman and Broviac catheters are both surgically implanted in a vein in the neck or chest. Unlike ports, they have an external component. And although they are capped, they do carry an infection risk. People with these catheters cannot swim or be immersed in water. Such catheters are typically used for patients with inhibitors and for short-term use, but they can be in place long term, says Journeycake.

For even shorter-term use, peripherally inserted central catheter (PICC) lines may be a good fit. PICC lines are typically inserted into a vein in the arm connected to a large blood vessel in the chest. Infusions can be done through their external end; PICC lines are designed to last weeks or a few months at most, Journeycake says. They can be particularly useful following surgery. Sometimes they are used  for temporary access after placing a port surgically, since it cannot be accessed at first.

Each of these options carries its own benefits and risks. Journeycake and Butler stress that they are temporary measures designed to bridge children until they can self-infuse. Ultimately, these decisions come down to individual treatment needs and family preferences.

For now Julian’s family is content with on-demand infusions, while for the Orrs, prophylaxis has been a godsend for John and his family. In both cases, with the right support from medical professionals, the families made the decision that was best for them and their children.