A new surveillance project could lead to improved treatment and diagnosis of women and girls with bleeding disorders. The Centers for Disease Control and Prevention (CDC) has launched a female component to its Universal Data Collection (UDC) project, the Female UDC, which gathers and analyzes information from hemophilia treatment centers (HTCs) on people with bleeding disorders.

All girls and women ages 2 and older (or the children’s parents) who visit an HTC will be asked to voluntarily participate in the Female UDC. HTC staff will ask questions from a health survey once a year. The project, which began in the fall of 2009, is currently collecting data at 25 HTCs. It will be implemented at all of them within the next few years.

Approximately 150 girls and women are now enrolled. Eventually, the 4,000 females enrolled in the original UDC will be asked to participate solely in the Female UDC. The data will allow the CDC to analyze the diagnoses and treatments of women with a wide range of bleeding disorders, from fibrinogen deficiency to platelet function disorders.

Before the Female UDC was created, women filled out the same UDC health questionnaire as men.  But the form lacked relevance to women. 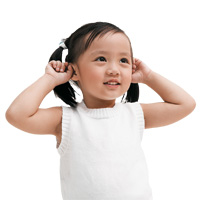 “When UDC was first formed, the focus was clearly on hemophilia, even though hemophilia carriers and people with von Willebrand disease could participate,” says Maura Malone Dumas, MSN, RN, a clinical nurse specialist at Dartmouth Hitchcock Medical Center HTC in Lebanon, New Hampshire. She is a member of the Female UDC Working Group, which developed and implemented the program. This focus did not reflect the gynecologic and reproductive health complications many women with bleeding disorders were experiencing.

The female questionnaire still asks about joint bleeds, surgical complications and bruising, and adds questions on infertility, miscarriage and bleeding during menstruation, pregnancy, postpartum and menopause. “It’s quite a bit more thorough and very much targeted to women’s issues,” says Vanessa Byams, MPH, co-chair of the Female UDC Working Group and deputy team leader of the epidemiology and surveillance team in CDC’s Division of Blood Disorders.

The CDC will release reports that analyze the data a few times each year. Data from the Female UDC will allow researchers and clinicians to better understand the complications women with bleeding disorders face and to develop interventions or awareness campaigns to improve diagnosis and treatment. “We’re hoping that this can be data used for action,” Byams said. “Previous research has shown that women with a bleeding disorder, such as von Willebrand disease, do tend to experience postpartum hemorrhage more frequently.”

The women Dumas has interviewed so far appreciate having someone ask them detailed questions, often after years of gynecologic bleeding issues and misdiagnoses. “I hope that once the data are available, they demonstrate validity for an expansion of services for women and a better understanding of what the HTCs can offer,” Dumas says. “The goal is to improve the quality of life for this patient population.”