In 1987, when people found out Shawn Decker was HIV-positive, he was shunned. School administrators quietly ushered the 11-year-old out of sixth grade for fear he would bleed in school and endanger classmates.

The fear, of course, was irrational.

HIV cannot be transmitted via casual contact with ­others, says Decker, who has hemophilia A and lives in Charlottesville, Virginia. “But people had made up their minds I couldn’t be there.”

That sort of ostracism was typical for people infected with HIV in the 1980s. The disease first struck among gay men, IV drug users and people who received contaminated blood and blood products. By the late 1990s, more than 8,500 people with hemophilia and other bleeding disorders had been infused with HIV-contaminated factor, according to National Hemophilia Foundation (NHF) statistics. Almost everyone with severe hemophilia contracted the disease. “Ninety percent of people with severe hemophilia were hit with HIV,” says social worker Jim Langworthy, MS, LICSW, of the Mayo Comprehensive Hemophilia Center in Rochester, Minnesota. “There’s no other population you can identify that was hit that hard.”

For those affected, the 1980s were years of isolation, denial and uncertainty as medical science struggled to understand the deadly virus and find ways to contain it. For many, medical­ answers didn’t come in time: By 1996, an estimated 2,500 to 3,600 people with hemophilia had died of HIV/AIDS.

The mid-1990s brought breakthrough antiretroviral drugs that could control HIV and even full-blown AIDS. Though not without side effects, the drug regimen has, in the minds of many, transformed HIV from a certain death sentence to more of a chronic disease. As a result, HIV-associated social stigma has eased.

Decker once thought he’d never have a career, but now has devoted himself to teaching America’s college students about HIV/AIDS. And he’s married his partner in education, Gwenn Barringer. “I have every chance to live my life as fully as any other 33-year-old,” he says.

Of course, people living with hemophilia and HIV still encounter misperceptions and a lack of understanding about the virus. And they still get questions, which is why Decker is out there answering them. But there’s a big difference between the 1980s and now. People are open to hearing the answers because they want to know more, and often they want to help. Part of the reason for this is because people appreciate the medical advances, but it is also thanks to nonprofit organizations’ hard work battling HIV stigma and ignorance, say observers in the hemophilia community.

A host of nonprofit organizations, including NHF, the Committee of Ten Thousand, the Foundation for AIDS Research, Gay Men’s Health Crisis and ACT UP, have spent the past 20 years educating people about HIV/AIDS, and countering negative misconceptions and stigma surrounding the virus and disease. Another battle they’re fighting is against potentially dangerous complacency. 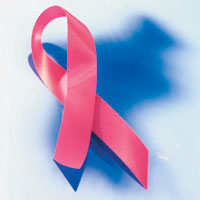 HIV is simply less daunting because of the efficacy of the drug cocktail. People with the disease now have options when it comes to their medical management and decisions about disclosure, career and family.

In short, people who are HIV-positive now have a future to plan for. They no longer deny the issue like Decker did back in his teen years. At home, he pretended he didn’t have it. When he was allowed back in junior high school because of petitions from his parents and doctors, he avoided the topic with friends. “It was so overwhelming that I tried not to dwell on it,” he says.

Decker wasn’t the only one in denial. At first, the bleeding disorders community didn’t want to accept the degree of HIV devastation, says Margaret Ragni, MD, MPH, professor of medicine at the University of Pittsburgh and director of the Hemophilia Center of Western Pennsylvania. She is also a member of NHF’s Medical and Scientific Advisory Council (MASAC).

“People in the community said, ‘This isn’t going to affect us, or won’t,’” Ragni says. “It was the kind of disbelief and denial you see when first confronted with anything bad in life.”

The denial and secrecy enveloped families like the Cooks.* Jack Cook and his twin brother contracted HIV from contaminated factor concentrate in 1984 when they were 4 years old. Their parents, however, wouldn’t allow doctors to inform the children of their status until they were 12.

“HIV was the Scarlet Letter,” says Cook, now 29. “Disclosure was something people ran from. Look at what happened to Ryan White, the middle school student in Indiana with hemophilia and HIV who disclosed. He was kicked out of school. People fired on his house. It was bad.”

The news also shed light on Cook’s childhood: Family members insisted he rinse the sink with bleach whenever he bled­ after losing a baby tooth. They wouldn’t share drinking glasses with him. And only his mother would kiss him.

In the face of such negative reactions, the hemophilia community appealed for public sympathy as a victimized group, says Langworthy, who’s been counseling people with HIV and hemophilia for more than 20 years. “The message was that people with hemophilia were innocent victims,” he says.

That tack is perhaps understandable, given the panic, stereotyping and stigmatization of the time, says Ray Stanhope, 54, a member  of NHF’s Board of Directors. He has hemophilia B and was diagnosed with HIV in 1985 when he was 30. “I remember reading articles that [said] this was a disease of male homosexuals, prostitutes, IV drug users, hemophiliacs and Haitians,” says Stanhope. But, in his view, that sort of labeling is perpetuated by the argument that people with hemophilia are different because they developed the disease through medical treatment.

“The point is, this is a virus of human beings, and you can get it in many different ways,” Stanhope says.

Through much of the 1980s, medical officials often advised people with hemophilia to avoid getting tested for HIV because of potential discrimination from insurers and employers, says Langworthy. Some doctors merely recommended that people with hemophilia practice safe sex in case they had the disease, he says. But during an HIV conference Langworthy attended, doctors and patients faced reality—an attendee with hemophilia said he only began practicing safe sex in his heterosexual relationships after he tested positive for HIV. Langworthy recalls a hematologist saying, “We need to change our thinking on this and get everybody tested.” That was an important step toward dealing with the issue, he says.

But faced with a positive test result, many were afraid to share it. Stanhope, for one, initially decided not to tell his employer, Texas Instruments. He had also contracted hepatitis C from contaminated blood. Before long, the combination of hemophilia, hepatitis C and HIV took its toll, overwhelming Stanhope with fatigue. At that point he informed his employer of his status, and a company nurse requested that he not tell his co-workers. He refused. “It was not their business to put me back in the closet,” says Stanhope, who lives in Sugar Land, Texas. Some co-workers were understanding, but others complained when Stanhope continued to use the company gym for workouts after going on disability pay in 1992. “I never went back again,” he says.

Throughout his battle with HIV, Stanhope has focused on the business of nurturing his marriage—he and his wife take precautions, and she remains HIV-negative—and of raising his son, now 24. Stanhope also gives talks about dealing with HIV and hepatitis C at Texas’ “Leadership at Camp Ailihpomeh” summer program for 15- to 17-year-olds with hemophilia. In 2007, none of the participants had HIV or hepatitis C—the first time since Stanhope started talking to teens. “We’re getting folks into young adulthood healthier than they’ve ever been in the past,” he says.

Stanhope is also heartened to note increased understanding and acceptance of HIV among young adults. “People older than 30 didn’t get all the information the younger folks are getting,” he says. “I attribute young people’s more positive, open attitudes to good education in schools.”

Decker believes there’s another reason young people are more accepting: They came of age during the HIV medication revolution of the mid-1990s, when HIV shifted from killer to chronic disease.

“In my mind, HIV started to slide closer to hemophilia,” Decker says about the 1990s. “I started thinking about it as a medical condition I could manage and talk about.” And that’s what he did. After graduating from high school in 1993, Decker wasn’t sure what he wanted to do with his life. But the advances in medicine gave him a new lease on life. “I realized it was time for me to think like others think, to figure out how I could contribute.”

Decker decided his mission was to educate people, and he began writing and speaking about HIV. He created the My Pet Virus Web site and published the book My Pet Virus: The True Story of a Rebel Without a Cure (Tarcher/Penguin, 2006). His story was filmed for an MTV documentary.

The mid-1990s brought a similar revelation to Cook. After initiating HIV antiretroviral treatment in 1992, Cook felt better and contemplated his future. He went to college, majored in premed and attended medical school. Cook wants to better understand infectious diseases and help others battle them.

Cook has chosen not to reveal his status in medical school, but he did disclose it in a talk on virology he delivered to 30 premed students. “The response was very positive,” he says. “They had lots of questions and stayed after class to talk to me. I went to lunch with the students and professor. Many of them e-mailed me with thanks for sharing my story. “It was a much different response than I’d ever had before.”

Given that HIV no longer dominates headlines, such awareness-raising is more important than ever, says Decker. In his view, speaking out about HIV is key to ensuring continued prevention efforts—whether through clean needles, blood bank vigilance, the development of a vaccine or safe sex.

“Gwenn and I get in front of folks and talk about our lives together, how we prevent HIV transmission in our own relationship—and that’s more powerful than anything you see on TV,” says Decker. Perhaps it’s also proof that seeing is believing.

*The names of the Cooks have been changed to protect their privacy.