Huma Siddiqui of Madison, Wisconsin, has been in the US for a dozen years, but one of the things that still surprises her is the American tendency to challenge one’s fate.

When her now 22-year-old son, Samir Karimi, was growing up, other parents of children with hemophilia said she was holding him back. Huma had to fight hard against the idea that she should provide constant prophylaxis so he could play outdoor team sports. For Huma, a Muslim originally from Pakistan, that insistence contradicted her belief that she should accept the disease given to her son by Allah.

“I don’t want to be critical of the culture,” she says. “It’s just a different way of thinking.”

Such differences may have a profound impact on healthcare. According to the National Center for Cultural Competence at Georgetown University, a nonprofit that helps providers ensure culturally and linguistically competent care, healthcare professionals must have a deep understanding of a patient’s cultural beliefs about health and healthcare if they are to provide accessible, effective medical treatment.

And the need for linguistic and cultural competence is becoming more urgent as our society grows increasingly diverse. Today, one in three Americans is a minority, according to US Census Bureau estimates released in 2007, and that number is growing fast.

Like Huma, families living with a bleeding disorder may face culture clashes when they come from different racial or ethnic backgrounds than their healthcare providers. Their ideas about where illness comes from, how to treat it and how to interact with the healthcare system may differ radically from those of the people trying to help them. Fortunately, healthcare professionals, advocates and others are working to overcome linguistic barriers, understand other ways of thinking and show respect for a world of differences.

Language is the most obvious barrier families may face. According to the US Census Bureau, almost one in five US residents speaks a language other than English at home. In some places, such as Hialeah, Florida, and Laredo, Texas, the number soars to 90%. After English, Spanish and Chinese are the most common languages spoken at home in the US.

Healthcare providers can rely on friends or relatives if that’s what the family wants, she adds. Otherwise, health facilities must provide an official interpreter who can translate everything that’s said during a visit.

The interpreter’s job is to be a transparent conduit of information, says Fung, not omitting or adding anything of his or her own.

Families shouldn’t worry about needing an interpreter, adds Marisela Trujillo, MSW, a member of NHF’s Multicultural Task Force and administrative director of the Gulf States Hemophilia and Thrombophilia Center in Houston. “Sometimes people can be a little embarrassed and not want to admit that they don’t understand all the English,” says Trujillo, whose treatment center serves a patient population that is 30% Hispanic.

Even Hispanic patients who speak perfect English may feel more comfortable speaking in Spanish, she explains. After all, she points out, medical jargon and discussions of diseases as complex as hemophilia or von Willebrand disease may sometimes be difficult for even native English speakers to understand.

Families may also face more subtle barriers. Isolation is one.

“When we had our first son, Greg, in 1975, we actually thought we were the only African-American family with hemophilia,” says NHF task force member Greg McClure, MA, MS, LSW, a medical social worker at Rush University Medical Center’s Hemophilia and Thrombophilia Treatment Center in Chicago. One of McClure’s goals as a social worker and as a father of two adult sons with hemophilia—one since deceased—is to bring families of color together.

Families may also be isolated within the medical community by their beliefs about health and healthcare.

Some cultures may view hemophilia as a divine ­punishment for some transgression. A Vietnamese patient of Fung’s believed that his child’s hemophilia was punishment for not fulfilling his promise to work hard for the Roman Catholic Church after being airlifted out of Vietnam.

Beliefs about treatment may differ as well. Hispanics and Asians, for instance, may prefer alternative medicines.

“Families in the Hispanic culture will try to ­incorporate alternative kinds of medications to cure hemophilia,” says Trujillo. “We’ve had people go down to Mexico, see folk healers and take different vitamins to help them out. They think they don’t necessarily need the factor medication.”

People with bleeding disorders should alert their healthcare providers to the use of herbal products or other alternative medicines, says Fung. Folk remedies may interfere with medication. “Sometimes these are a tremendous help, and sometimes they work against [the medication],” says Fung.

Alternative therapies may also lead to misinterpretation. Take the practice of cao gio, for example. For the Vietnamese and other Southeast Asian families who use the technique, vigorously rubbing oil or ointment into the skin with a coin allows illness-causing “wind” to escape from the body. But as a March 2000 study in the Journal of the American Academy of Nurse Practitioners points out, healthcare providers may mistake the resulting marks as evidence of child abuse.

Cultural norms about how to interact with medical professionals may also lead to misunderstanding.

When an Asian nods to be polite, warns Fung, a healthcare provider may falsely assume that he or she agrees or understands something when that’s not the case. Asian people may also think that healthcare providers are yelling at them when they’re not. “Asians tend to be—in general, not always—very soft-spoken,” she explains. To encourage their patients to speak up, healthcare providers sometimes start speaking louder themselves. “[Healthcare providers] don’t realize that when they raise their voices, it sounds like shouting to some people,” she said. Even something as simple as eye contact may cause misunderstanding. Hispanic families may expect healthcare providers to focus their attention on the male head of the household as a sign of respect. In mainstream American culture, however, the patient is typically the focus of any encounter, says Trujillo.

Similarly, Asian families may take offense if healthcare providers fail to include grandparents or other elders in decision making. “If grandparents are there, I explain to them that in this country we tend to focus on the nuclear family, so if sometimes you feel I’m not paying attention, please let me know,” says Fung.

To avoid such miscommunication, Fung urges people to let her know if something she does—even the simplest gesture—makes them uncomfortable. “Patting someone on the shoulder may be a very friendly approach, but for some cultures, it may not be a good thing,” she says.

Cultural beliefs may also bump up against what providers believe is best. Many of Trujillo’s Hispanic patients reject the idea of genetic testing and counseling. “Some families prefer not to know or prepare or plan for it, because their ability to have children is what their culture is all about,” she says, noting the importance of their Catholic faith.

When Huma’s son Samir turned 18, his healthcare providers told her he was now off-limits to her. Eager to encourage independence among young people with hemophilia, providers don’t always realize that this philosophy conflicts with that of Asian, Hispanic and other cultures that emphasize ongoing family ties.

“I don’t care if he’s 40; I still want to be very involved with him and his life,” Huma explains. “Back home, it doesn’t really matter. If my parents were alive, they would still be directing my life.”

In addition to cultural barriers, there may be logistical ones that providers may not be aware of.

Richard Johnson of Fort Mill, South Carolina, another NHF Multicultural Task Force member, is ­African-American and has hemophilia. He says that putting food on the table, finding a place to live or getting transportation may be more of a front-burner issue than hemophilia treatment or having health insurance.

Those and other challenges may make minorities or people from other cultures appear noncompliant, he explains. Members of the bleeding disorders community without education may not understand a doctor’s advice or even be able to read a prescription, for example. “And doctors need to know that sometimes we don’t make appointments because we just can’t spare the money or the time off from our jobs,” Johnson says.

To ensure high-quality care, find out if your treatment center or NHF chapter has resources in your language. For instance, NHF translates many of its materials and also a number of its sessions at its Annual Meeting into Spanish, notes Sonia Roger, NHF’s education coordinator. Several chapters, such as the Lone Star Chapter of NHF, the Florida Hemophilia Association and the Hemophilia Foundation of Southern California, translate their newsletters into Spanish. In addition, the World Federation of Hemophilia has publications translated into Spanish and French available on its Web site.

You can help your providers learn about your culture by speaking up when something makes you uncomfortable. NHF’s Multicultural Task Force can help providers gain cultural competence, as can chapters or treatment centers that have experience working with particular populations.

Above all, insist on being seen as a unique ­individual rather than a stereotype. “I didn’t even know I was a ‘woman of color’ until I moved to America,” says Huma.

Special Concerns of the Amish 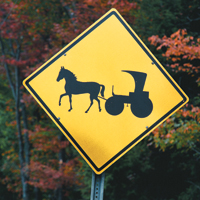 The Amish face a special cultural divide when it comes to treatment for bleeding disorders. They live in rural areas with a horse and buggy as their only form of transpor­tation. Some hire drivers to take them to doctor’s appointments, but taking healthcare to them can provide many benefits.

Satellite clinics for the Amish are one way that ­hemophilia treatment centers, foundations and others are accommodating the special needs of Amish people with hemophilia.

Logistics are another issue, says Jeffrey Hord, MD, director of the Showers Family Center for Childhood Cancer and Blood Disorders at Ohio’s Akron Children’s Hospital. “Many of them have phones but they’re in businesses or may actually be neighborhood phones out at the end of a lane somewhere,” he says. As a result, Hord’s staff typically arranges appointments by mail.

Amish people also have a different attitude toward prevention, says Hord. They typically reject immunization, although some accept the need for vaccinations against hepatitis A and B for family members with hemophilia. Further, dental hygiene isn’t a priority for most Amish, which may cause complications for those who need extractions. “It’s not at all unusual to hand three- or four-year-olds a toothbrush, and that’s the first time they’ve seen one,” says Hord. A recent grant from the US Centers for Disease Control and Prevention will allow his treatment center to focus on improving dental care in this population.

The cost of care is another concern, says Tim Brent, MBA, executive director of the Indiana Hemophilia and Thrombosis Center in Indianapolis. Although most Amish don’t use insurance or federal assistance, he says, they have a mutual aid system through which they seek help from their church or church district. “It’s not insurance they’re against; it’s new ways,” he says. In addition, they are reluctant to accept outside help in matters of expense.