Hitchhiking bugs and bacteria are all around us, just waiting for a lift. Some settle on the surface of skin, others on IV lines or parts of ports. All have the ability to overtake the immune system, causing more serious infection and disease. Infection prevention—especially with venous access devices—is vital for families helping children with factor infusions or for individuals who self-infuse.

A 2004 study in Haemophilia, a meta-analysis of 2,704 patients with CVADs from 48 studies published between 1982 and 2002, showed that nearly 40% had developed an infection. “The data would suggest that the external devices are more prone to infection because of the ease of access, as opposed to a subcutaneous device, such as a port which is placed under the skin,” says Leonard Valentino, MD, lead author of the study. He is medical director of the Hemophilia and Thrombophilia Center at Rush University Medical Center in Chicago. Infections occur most frequently in children and patients with inhibitors, who must infuse frequently due to existing antibodies to factor VIII or factor IX protein. 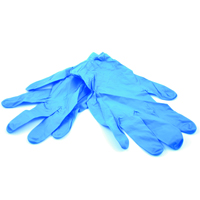 Because the skin is host to literally trillions of bacteria and other microorganisms, infection can easily spread from the skin or hands directly into ports and catheters if proper hygiene techniques are not used. According to the US Centers for Disease Control and Prevention (CDC), there are more than 250,000 CVAD infections annually in the US. Two of the most common culprits are species of Staphylococcus bacteria. Once in the bloodstream, these bacteria can travel quickly throughout the body, causing sepsis, a widespread infection that can be life-threatening. Children, whose immune systems are still maturing, and people in immune-weakened states, such as from chemotherapy, are most at risk for sepsis.

Blood-borne bacterial infections can be fairly resistant to treatment. “They require intravenous antibiotics, sometimes for very prolonged periods—weeks, sometimes months,” Valentino says. “In up to one-third to one-half of the cases, the infections result in needing to discontinue the device.”

The CDC recommends that basic aseptic, or germ-free, techniques be used every time a CVAD is accessed. These include hand washing before any procedure with antibacterial soap or with the topical antiseptics betadine or chlorhexidine; then donning sterile disposable gloves and washing the hands again after the procedure. “Cleansing the area with alcohol prior to puncturing the skin for a portacath is important, as is cleansing the device for external catheters,” says Valentino. Keeping devices out of the grubby hands of children is also key. “That’s usually where the fecal flora come in,” he says.

Aseptic techniques should be reviewed periodically for the sake of patients and their families, says Valentino. “Patients who have a portacath are usually taught this when the device is placed in the hospital and then at regular comprehensive clinic visits,” he says. “This is something that’s reinforced on an ongoing basis.”

Making it through childhood without a CVAD infection is the exception, says Valentino. Data from his 2004 study showed that CVAD infections occurred in patients every 260 days. Still, he has patients who manage to avoid infection. “We’ve had families who’ve had a portacath for five or six years without ever having an infection,” Valentino says. “It depends on the meticulousness of the family and the patient.”

So if you’re in need of a refresher on proper hygiene to keep CVADs clean and germ-free, make an appointment with your hemophilia treatment center. That way you’ll ensure that you don’t pick up an unwelcome bug on your infusion device or your child’s.