The marketing terms “new and improved” and “longer lasting” are not limited to the latest brand of chewing gum. They also apply to a long list of therapies now in clinical trials for people with bleeding disorders. Some people have waited years for a new recombinant product; others a lifetime for any factor product to treat their rare condition. For many, their patience is about to pay off.

There are more drugs in the pipeline now than in the past few decades. “The companies’ commitment to continue to work on behalf of patients with bleeding disorders is what’s driving it,” says Val D. Bias, CEO of the National Hemophilia Foundation (NHF). The dilemma facing many patients in the future won’t be a lack of medications, but a plethora of products that act in a variety of ways. (See table “Bleeding Disorders Drugs in Human Clinical Trials.”)

For drugs to be approved and licensed by the US Food and Drug Administration (FDA), they have to go through a series of clinical trials. First they are tested on animals, such as mice; then they are tested on humans. Each phase of a clinical trial helps determine the drug’s safety, efficacy, optimal dosage and side effects. (See sidebar, “Clinical Trial Phases.”) The National Institutes of Health clinical trials registry at clinicaltrials.gov lists more than 250 trials on hemophilia and more than 60 on von Willebrand disease (VWD). (See "Clinical Trials 101.").)

Tried and True vs. Something New

Prophylactic medications to treat hemophilia have given patients a new degree of freedom. They can self-infuse whenever and wherever it’s convenient.

“In terms of hemophilia A and B, I feel that the products we have right now are really good,” says Marion Koerper, MD, NHF medical advisor. She is also director emerita of the hemophilia treatment center at the University of California, San Francisco, where she practices pediatric hematology and oncology. “The factors do work to stop bleeding or, in the case of prophylaxis, prevent bleeding.”

However, prophylaxis is not perfect. “It’s only efficacious if the patient takes it the prescribed way,” Koerper says. The best time to give factor is in the morning before school or work, often the most hectic time of day. For busy families who delay treatment until bedtime, there are consequences. “That is not optimal because the child’s highest levels are while he’s asleep, rather than when he’s running around with his pals on the playground,” says Koerper. 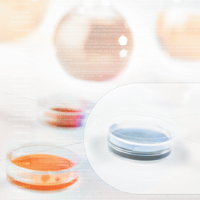 Further, taking a product two or three times a week means that clotting strength can plummet on the off days. “When we give prophylaxis right now for a hemophilia A patient, we’re resolved to the fact that before their next prophy dose, their level in plasma could be as low as about 1% to 2%,” says Steven W. Pipe, MD, medical director, Pediatric Hemophilia and Coagulation Disorders Program, University of Michigan, Ann Arbor. That puts patients at risk for bleeding, especially if there is trauma. “Clearly, that’s not correction of their hemostasis.”

To remedy that risk, pharmaceutical companies are creating new products that last longer in the bloodstream. The amount of factor VIII (FVIII) or factor FIX (FIX) in the blood is measured by its half-life, the time it takes for the amount of factor to be reduced by half. There are many variables involved, including blood type, but FVIII’s half-life is about 8–12 hours; FIX’s is about 18–24 hours. One option is to increase the interval between prophylactic doses, ideally to once a week for FIX products and twice a week for FVIII products.

Another option is to retain the current prophylactic regimen, but avoid the precipitous drop in clotting factor as the next dosing time approaches. “We may be able to maintain much higher plasma levels than we’ve been able to previously with the same intervals that we’re currently using,” says Pipe.

One way to prevent factor products from degrading too quickly is to attach them to the chemical compound polyethylene glycol (PEG). This process, called PEGylation, increases the size of the factor protein molecule so that it circulates in the blood longer and is not cleared by the kidneys prematurely.

“Another strategy is to fuse the recombinant factor protein molecule to a partner protein that already has a long half-life,” says Pipe. Two naturally occurring partner proteins being fused to the FVIII or FIX molecule are albumin, which moves small molecules through the bloodstream, and Fc, a protein fragment that facilitates binding and recycling of immunoglobulin G (IgG).

Adjunctive therapies, or drugs that are added to the primary factor product, are also being tested in clinical trials. Some use molecules that bind to tissue factor pathway inhibitor (TFPI), preventing it from hindering the action of FXa and thrombin, necessary for clot initiation and formation. Baxter’s BAX513 uses fucoidan, a seaweed extract being tested on healthy volunteers without hemophilia.

“If you block the proteins that are slowing down coagulation, you can actually restore normal clotting in hemophilic plasma without replacing the missing clotting factor,” says Pipe. For some patients, the adjunctive therapy may become the primary therapy, reducing the number of infusions needed, he says. A bonus is that some TFPI antagonists could be taken orally, such as the capsule form that delivered fucoidan to trial subjects.

“Compliance with bleeding disorders’ treatment is always an issue,” says Bias. “A drug that works better, faster and that you have to take less often can only improve that.”

An estimated 25% of patients with severe hemophilia A develop antibodies, called inhibitors, to the infused factor. Currently, patients undergo immune tolerance therapy to desensitize their immune systems or take a bypassing agent, such as FVIIa. The main drawbacks of the recombinant FVIIa product are that its half-life is only two hours and it is very expensive.

Inspiration Biopharmaceuticals is developing a recombinant porcine (pig) FVIII product for patients with inhibitors. “You can give a dose and get the measurable level of FVIII. That’s a distinct advantage when there’s a life-threatening­ bleed, like a head bleed (intracranial hemorrhage), or a limb-threatening bleed in someone with a compartment syndrome (increased pressure in a muscle in an enclosed space),” Koerper says. But because 80% of patients developed antibodies to plasma-derived pig factor within five days or after five doses, it is possible that a similar scenario might occur with the recombinant product. Results of the clinical trials will provide more data, but its use will probably be restricted.

The longer-lasting products may have an added benefit for inhibitor patients. “Some forms of PEGylation strategy and possibly even some of the fusion proteins may result in reduced risk for inhibitors,” says Pipe. Another product now being tested, Octapharma’s recombinant human-cl rhFVIII, may reduce the rate of inhibitor development because it uses proteins from human cells, not the typical hamster cells.

Recombinant products to treat FVIII and FIX were approved in 1992 and 1998, respectively; not so for von Willebrand factor (VWF). “It has bothered me for almost 20 years that I couldn’t offer a recombinant VWF product to my VWD patients,” says Koerper. That need will be fulfilled once Baxter’s recombinant VWF product goes through FDA approval and licensure. It will be targeted to patients with type 3 VWD, the most severe form, and those unresponsive to DDAVP, a synthetic hormone used to prevent or stop bleeds.

Researchers can now create precision drugs that treat diseases caused by specific genetic mutations. One such drug in phase 2 trials is Ataluren (PTC 124®), manufactured by PTC Therapeutics Inc. It will be used for the approximately 10%–15% of patients with hemophilia A and B with a nonsense mutation, which halts factor production early. Ataluren introduces a molecule that allows the cell to read through the stop signal, making more clotting factor. It comes in a powder that is mixed in water. “Something that you can swallow is going to be a huge advantage because there are no needles involved,” Koerper says. (See sidebar “The Allure of Ataluren” in “What’s Your Genotype?” HemAware Spring 2010, p. 29.)

Rare Bleeding Disorders on the Radar

But hope is on the horizon. Companies that fractionate, or separate, plasma are interested in getting as many products out of it as they can, says Pipe. “Developing new markets for new plasma derivatives, such as the new FXIII product Corifact™ (approved by the FDA in March 2011), and RiaSTAP®, a fibrinogen concentrate to treat FI deficiency (indicated for patients with congenital fibrinogen deficiency including afibrinogenemia and hypofibrinogenemia only), increases the sustainability and viability of the plasma fractionation industry.” Both products are manufactured by CSL Behring. Currently, Novo Nordisk has applied for a license for its recombinant FXIII product. British Plasma Laboratories has a plasma-derived FX product in phase 3 clinical trials.

“NHF is most supportive of new products for rare disorders or categories where products don’t currently exist, like the recombinant VWD product,” Bias says. “It’s important that people have access to a product that’s made for them.”

For drugs now in clinical trials, that access may take a few years. “From initiation of clinical trials to approval, it’s about a five-year window,” says Pipe. Drugs nearing the finish line—those in phase 3 or moving to FDA licensing—still have between 18 and 30 months, he says.

Patients awaiting better, more effective or first-time products to treat their bleeding disorders have many reasons to be optimistic. “For the first time we’re now going to be offering agents that clearly behave differently. We’re not going to be faced with just a single-breed entity to choose from,” Pipe says.

The idea of having more distinct options may be foreign to some, but should be very welcome. New products with different mechanisms mean that treatments may soon be given in a more targeted, personalized manner. “When you have multiple choices it’s going to take some time for the clinicians and families to figure out what’s best for individual patients,” Pipe says.

When recombinant FVIII and FIX drugs came out two decades ago, Koerper thought they were the “ultimate products.” But with all of these recent innovations, she’s changed her thinking. “Now I realize there is so much more that can be done.”