Jacob Walker was curled up in bed, holding his abdomen. “I get blood clots the same way some people get kidney stones. They’re just as painful and they have to come out the same way,” says Walker, 31, of St. George, Utah. He has severe hemophilia B with an inhibitor.

Tylenol® and the morphine sulfate he takes daily weren’t lessening the pain. Walker says he was ready to “give up” and go to the emergency room to get stronger painkillers. But then his wife, Rachel, offered to walk him through the steps of hypnosis, a pain management technique he had learned at a National Hemophilia Foundation Inhibitor Summit.

Instead of struggling to the car for a trip to the hospital, Walker stayed home, picturing going to his favorite place—camping in the mountains. He focused on the smell of the air, the feel of the dew. He imagined holding a balloon in his hand and placed all his pain in the balloon, then let it go. “I wouldn’t say I completely got away, but I got away enough that I didn’t need to take as much painkiller that night or end up in the hospital,” Walker says. “I was really grateful for those techniques.”

[Have you ever used hypnosis for your hemophilia pain? Share your thoughts in the comments section below.]

Although hypnosis may call to mind a stage show in which participants perform silly tasks for the audience’s entertainment, it has a much more serious purpose. It can be used for pain management in both children and adults. People with hemophilia and other bleeding disorders can be trained in self-hypnosis to reduce acute pain, chronic pain and anxiety.

“Hypnosis, as it’s used therapeutically, is not at all like that stage version,” says Heather Huszti, PhD, a pediatric psychologist at the Children’s Hospital of Orange County Hemophilia Treatment Center in Orange, California. She is the hospital’s director of training in psychology. “It helps take you to a place where you’re in a very relaxed and focused state, in which your brain is more open to suggestion.”

Hypnosis can help reduce pain because the sensation of pain is influenced by multiple factors, including emotional and cognitive components. An X-ray can confirm your arm is broken. An ultrasound can show if you have a soft-tissue bleed. But there is no diagnostic test for pain. “Pain is really what the individual experiencing it says it is,” Huszti says. “It varies tremendously by what else is going on around it.” For example, if you have a headache, you can sometimes forget about the pain by staying busy or by engaging in a distraction, such as watching a favorite television show. “You’ve taken your attention off, and you’ve closed that pain gate in your brain,” Huszti says. “Self-hypnosis is a strategy that helps you do that on command.”

Hypnosis is not a stand-alone remedy for pain. Used in conjunction with pain medication, it may help 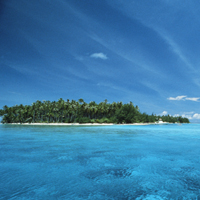 a person take fewer pills. Pain pills can have significant side effects that can negatively affect a person’s quality of life. These include increased sleepiness, constipation, itching, alteration of mood and nausea. “The goal is to manage your pain and to have the quality of life that you want,” Huszti says. “When your pain’s at a 7, 8 or 9, pain medication takes it down a notch or two, but that’s still uncomfortable.” Add hypnosis to the mix, and it could reduce your pain even further, making it bearable.

More and more healthcare professionals appreciate the need to attack pain from different directions. “These patients are in significant pain, and we recognize you need multimodal therapy, more than one way to approach it,” says Angela Lambing, MSN, NP-C, nurse practitioner coordinator at the Henry Ford Health System Hemophilia/Thrombosis Treatment Center in Detroit.

Alternatives to pain medication can be attractive to those whose bodies have built a tolerance to painkillers or who are concerned about becoming dependent on opiates such as morphine or oxycontin. Opiates affect people in different ways, and not everyone develops a tolerance, Lambing says. “With a patient on opiates, there needs to be excellent communication between the patient and providers, ongoing contact and monitoring, and significant patient education,” she says.

Bobby Tran, MD, 28, uses self-hypnosis when he feels joint pain beginning. He has severe hemophilia A with a history of an inhibitor that resolved after immune tolerance therapy. Tran’s target joints are both ankles and his left elbow. “I use hypnosis as an adjunct, to hold out on pain meds,” he says. Before learning self-hypnosis, Tran, who recently completed his residency in internal medicine at the University of South Florida in Tampa, often relied on Tylenol, Celebrex® and RICE—rest, ice, compression and elevation. “With hypnosis, I’ve found that I’ve actually been able to use less pain medication whenever those acute flares do occur.”

Before anyone tries hypnosis, he should be taught the process by a medical professional trained in the technique. During a session, the medical provider acts as a guide, offering suggestions to the patient, who is in control and cannot be forced to do something he does not want to do. It is important to note that hypnosis is not for everyone and works differently for each person.

The first step is the induction, the period that helps the participant relax. The guide may ask the participant to center on breathing, gradually slowing it down, or focus inward on the way his body’s organs and systems are functioning.

In the deepening stage, the person becomes more relaxed until he reaches a state of hypnosis. Next, the participant will be asked to “visualize.” One technique is to imagine a pain dial in the brain that the person will know how to turn down. Another technique is what Walker uses: going to his favorite place and allowing his pain to float away in a balloon.

Walker used self-hypnosis in 2009 after surgery that fused both his ankles. His body has become so tolerant to pain medications that hospital staff had a hard time finding something to prevent pain after his surgery. “The pain team had done nerve blocks in my knees and given me all the painkillers they’d dared to give me without stopping my heart,” he says. But it wasn’t enough, so Walker turned to self-hypnosis.

Self-hypnosis can be an effective pain management strategy for children and teenagers. Elementary-age children are particularly open to the technique because they haven’t developed the skepticism that adults and teenagers might have. “Children live in their bodies more fully than adults do—they live in the present more,” says Leora Kuttner, PhD, pediatric clinical psychologist at the British Columbia Children’s and Women’s Hospital in Vancouver. She is clinical professor of pediatrics at the University of British Columbia and one of the pioneers of medical hypnosis in children. “Sometimes adults become doubting and cynical. That gets in the way of them being able to help themselves more adequately,” she says.

Kuttner has worked with children as young as 10 months old, teaching them to blow out the “owie” to feel better. Children younger than 6 years old require a different kind of hypnosis than older children and adults do. It is more active and doesn’t require them to close their eyes. Often, just coloring or talking with kids can take young kids into a hypnotic state, Huszti says. Children can become hypnotized much faster than adults, although they come in and out of the state more easily.

“The goal of all hypnosis is to make it self-hypnosis,” Kuttner says. For children to benefit from self-hypnosis, she stresses, parents must be supportive and not project any doubts onto the child.

When teaching hypnosis to patients, clinicians must address the anxiety that accompanies the pain. “You cannot do adequate pain management without dealing with the accompanying fears,” Kuttner says. “The goal is to enhance their personal control over the pain, so the first step is to show them how the pain could be reduced.”

By helping children manage their pain, not only do they feel better, but they also become empowered, Kuttner says. “Their level of confidence rises; their school attendance will go up, and their willingness to try new things increases.”

How Does Hypnosis Work?

Although there are many theories on how hypnosis helps reduce pain, it is not fully understood. “We know it’s a way of narrowing and focusing the patient’s attention and repatterning the physiology,” Kuttner says.

Electroencephalograms and positron emission tomography have shown that the brain structures involved in pain can be affected through hypnosis. The power of suggestion is a key factor in the hypnosis process. The more open to hypnosis a person is, the more successful the treatment will be. The complete focus on the hypnotic suggestions takes a person’s mind off the pain. “Pain is an ongoing, electrical-chemical cascade happening in the nervous system, muscles, tissues, tendons and bones,” Kuttner says. “It can be modulated at many different sites along that pathway.”

Some people say pain is in your head. “My pain is real to me,” Walker counters. “I don’t believe everything I feel in my leg, my ankles and my knee right now is all in my head. But, whether it is or isn’t, the hypnosis is helping me.”