The Benefits Of Knowing Your Genotype

“Missense” and “nonsense” make sense at the molecular level. These are genetic mutations that cause hemophilia. Knowing your genotype, or genetic mutation, could help determine your eligibility for clinical trials, which drugs to avoid because of inhibitor development, or your carrier status.

Routinely performed in Australia, Iceland and the UK, genotyping for people with hemophilia has not yet become a standard test in the US. The information it can provide can be extremely beneficial to researchers and patients, but safeguards must be in place before genotyping becomes routine. Patient concerns about cost and confidentiality must also be addressed. With the proper measures in place, genotyping could become the catalyst for the National Hemophilia Foundation (NHF) to fulfill its mission to find better treatments and cures for people with bleeding disorders. But the NHF initiative to genotype people in the community is still in its initial stages.

The sequencing of the human genome made it possible to locate the genetic mutations responsible for causing such diseases as breast cancer and hemophilia. In 1999, NHF’s Medical and Scientific Advisory Council (MASAC) endorsed genotyping as part of comprehensive care. (See “Learn More” section.)

Genes, composed of DNA (deoxyribonucleic acid), convey information to structures in the cell about which proteins to make, when and in what quantities. If something goes awry in the instructions, a change, or mutation, results. In hemophilia, a single mutation causes clotting factor protein to be deficient or defective. 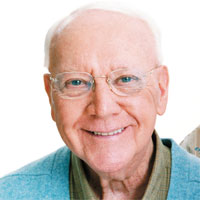 One of the advantages of being genotyped is the precision with which drug treatments can be targeted to individual patients. The study of how a person’s genetic makeup influences his or her response to drugs is called pharmaco-genomics. Drug manufacturers are using a person’s genetic information to create drugs that are more effective and have fewer side effects.

“Relying on protein levels in carriers can be equivocal, but molecular diagnosis, if done properly, is always correct,” says Katherine A. High, MD, William H. Bennett Professor of Pediatrics at the University of Pennsylvania School of Medicine and hematology researcher at The Children’s Hospital of Philadelphia. She is the principal investigator for a study on Ataluren (PTC124®), a drug being tested on people with hemophilia A and B who have nonsense mutations. (See sidebar, “The Allure of Ataluren.”) “With the advent of drugs like Ataluren, genotyping helps distinguish who can benefit from the drug and who cannot,” High says. That means candidates for clinical trials can be more effectively screened.

Genotyping could also play a role in predicting and preventing inhibitors. The US Centers for Disease Control and Prevention (CDC) is conducting a study on inhibitors. “Inhibitors are, no doubt, related to the gene mutations,” says J. Michael Soucie, PhD, epidemiologist and associate director for science, Division of Blood Disorders, CDC. “Those with large deletions and certain other kinds of mutations are much more likely to have an inhibitor.”

Research in Europe based on genotyping has already yielded valuable information about factor XI (FXI) mutations and inhibitors. Although a rare bleeding disorder—incidence rates are as low as one in 1 million—FXI deficiency is found in 8% of Ashkenazi Jews. (See “Uncommon Disorder,” HemAware September/October 2008.) In this population, two mutations are common—one nonsense and one missense. “One of the mutations, which results in the absence of FXI, is also a risk factor for the development of antibodies if FXI is administered as plasma or FXI concentrate,” says Paula Bolton-Maggs, DM, consultant hematologist, Department of Clinical Haematology, Manchester Royal Infirmary, UK.

Women who are carriers of hemophilia A or B can also benefit from genotyping. In the past, a variety of carrier testing methods were used with varying degrees of accuracy, says Bolton-Maggs. “DNA analysis is now the gold standard, as in the majority of cases it can give a definite answer,” she says.

“Since the same mutation runs in the family, the genotyping for the index patient can help with other family members in terms of family planning,” says Soucie. (See “Family Planning for Carriers,” HemAware November/December 2007, p. 50.) Only one region of the gene then needs to be evaluated, he says, making the testing simpler, less expensive and more targeted.

Val D. Bias, NHF’s CEO, is an index patient. “As an individual with a bleeding disorder and having had my own genotyping done, when carriers in my family have become pregnant they have been able to test against my genotype and figure out whether they’re carrying a child with a bleeding disorder.” Knowing whether a pregnant woman is carrying a baby boy with hemophilia helps the labor and delivery team modify its plan. (See “Pregnant Pause,” HemAware Winter 2010.)

All that’s needed for genotyping is a blood sample, which is sent to a lab that can analyze mutations using gene sequencing or sequence analysis. The first test determines the presence of the most common types of mutations—insertions, missense or nonsense. If these types of mutations are absent, a second test is performed to locate deletions or duplications. Results are obtained within three to eight weeks and sent to the patient’s physician or hematologist. 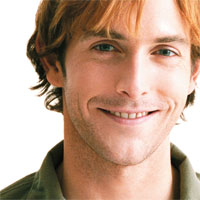 In the near future NHF expects to offer free genotyping for all people with bleeding disorders in the US. Some of the donations given to its new fundraising campaign, “Research Is Our Future,” will be earmarked for genotyping. “As the funds come in, we will make the testing available to patients through a network of labs nationally,” Bias says. He estimates it will take three to five years to complete the project. NHF is consulting with the Division of Blood Disorders at the CDC as it develops this project.

Before genotyping gets under way, though, NHF and the CDC will take time to troubleshoot. “We are working with the CDC to address some of the ethical and informational issues,” Bias says. Other nonprofits that have genotyped their populations, such as people with cystic fibrosis, will be consulted, as will the Genetic Alliance, a nonprofit health advocacy organization.

One of the challenges is to protect patient information, Bias says. For patients who develop an inhibitor during a clinical trial, the US Food and Drug Administration (FDA) can penalize the product line or take if offline. “It will be up to us and our advocacy discussions with the FDA to ensure that people with big deletions, who develop inhibitors more readily, will not be penalized by that kind of information.”

The CDC oversees the Universal Data Collection (UDC) system, which gathers and analyzes information on people with bleeding disorders. A pilot study of inhibitors has been underway for the past three years in 12 treatment centers as part of the UDC, and genotyping for this study is performed at CDC as a research activity. To ensure anonymity, the hemophilia treatment center (HTC) assigns the patient a random number.

Gathering genotype data on a large scale will enhance the CDC’s ability to spot trends. “If we can have the community fully genotyped, we can get some idea of the number of patients with specific mutations,” Soucie says.

As president of the World Federation of Hemophilia (WFH), Mark Skinner has traveled extensively, noting firsthand the benefits of genotyping in developed countries. “I’ve had the opportunity to see and learn how testing, when coupled with emerging scientific knowledge, is being used in a clinical setting and how treatment plans for the individual patient are optimized. Governments, funders, the Obama administration—all are asking for evidence-based medicine.”

Genotyping will provide essential data upon which better treatment protocols will be developed. “As science advances, we’ll have a greater understanding of why one drug may
be more appropriate for one patient than another drug,” Skinner says.

“Having everyone in the United States genotyped will put us on par with many of our European and worldwide partners at the WFH level,” Bias says. “It will move the science forward for cures, not only for hemophilia A and B, but for rare disorders as well.”

The Allure of Ataluren

No more needle sticks or mixing vials of factor product. These prospects are now within reach for some people as the oral drug Ataluren (PTC124®), manufactured by PTC Therapeutics, Inc., goes through Phase 2a clinical trials in patients with hemophilia A or B who have nonsense mutations. Fueled by a $1 million Challenge Grant from the National Heart, Lung, and Blood Institute in 2009, the trial will be completed in two years.

Clotting factor proteins are composed of long strands of amino acids. A nonsense mutation has a stop signal that tells the cell’s machinery to quit early, shortening the amino acid length.

“A huge part of the amino acid chain is missing. It doesn’t have any activity,” says Katherine A. High, MD, William H. Bennett Professor of Pediatrics at the University of Pennsylvania School of Medicine and hematology researcher at The Children’s Hospital of Philadelphia. She is principal investigator of the study. “Most people with this nonsense mutation have severe hemophilia.” 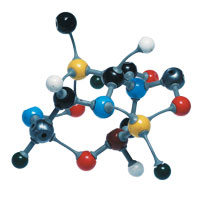 To jumpstart the idled protein manufacturing, a small molecule can be introduced that allows the machinery to read through the stop signal. “It will install an amino acid there and keep going,” High says. For some mutations, getting the right amino acid is not an issue. “It can be almost anything as long as it doesn’t stop.”

The difference be­tween Ataluren and current treatments for hemophilia is that it requires no infusions—it is taken orally, mixed in a liquid such as water. Study subjects take Ataluren three times a day for two 14-day periods at different dosing levels. “Part of the goal of the trial is to figure out the optimal dosing regimen,” High says.

Previous trials of Ataluren have been done in patients with cystic fibrosis and Duchenne muscular dystrophy. “Every disease will be different,” High says. The drug’s efficacy will be measured by the factor levels in patients.

Until new drugs such as Ataluren are approved, High has a challenge for the community: “None of this goes forward if people don’t enroll in clinical trials.”
Comments